Irritable bowel syndrome is a functional gastrointestinal disorder characterized by abdominal pain, discomfort and alteration of bowel habits in the absence of any organic disorder. Irritable Bowel Syndrome is a very common gastrointestinal dysfunction with the world wide prevalence   among general population ranges from 5.7% to 34%, the overall prevalence of IBS in western countries as reported by various studies ranges from 17-22%. However, in Asian countries a highly variable range of prevalence has been observed i.e. 2.3-34%. Many studies have reported that IBS is associated with elevated levels of emotional and psychological stress is a major contributing factor. In spite of strong evidence of a high prevalence of depression and anxiety in IBS there is very limited research on this in India. As there is no clear causes of irritable bowel syndrome, treatment focuses on the relief of symptoms.
Many sufferers seeking homeopathic, complementary and alternative medicine as a part of treatment. Homeopathic treatment is based on Individualization, Constitutional approach with lifestyle modification. In Homoeopathy, Importance is given to psyche symptoms  along with  bowel symptoms in the plan of treatment, There is quite a good number of remedies in Homoeopathy like Argentum nitricum. Sulphur, Podophyllum,Cynodin and carcinocin etc Results are quite encouraging.


Magnitude of the Problem ;
20%   Adults  in western world . More   or less same in India.
Significant impact on quality of life. 2nd common cause (after cold) of absenteeism .
Contribute to 25 - 40 % of practice of gastroenterologists
Rome II Criteria for diagnosis 2
Pain or discomfort for 12 weeks of the previous 12 months, associated with
two Of the following three:
Relief on having a bowel movement,
Looser or more frequent stools,
Harder or less frequent stools
Symptoms 2,3
Abdominal pain associated with defecation.
Irregular pattern of defecation for at least two days a week.
Three or more of the following:
altered stool frequency; altered stool form (hard/loose);
altered stool passage (straining/urgency/ sense of incomplete evacuation);
mucus per rectum,
bloating or feeling of abdominal distension.

Patient Ms V, aged about 39 years with weight  56 KGs, consulted me on 5th June 2011 for pain abdomen > stool after, pain drawing in lumbar area, passing stools 4-5 times stool. C T Scan abdomen  was done it was WNL.  Case was diagnosed as a case of I B S by local Gastroenterologist 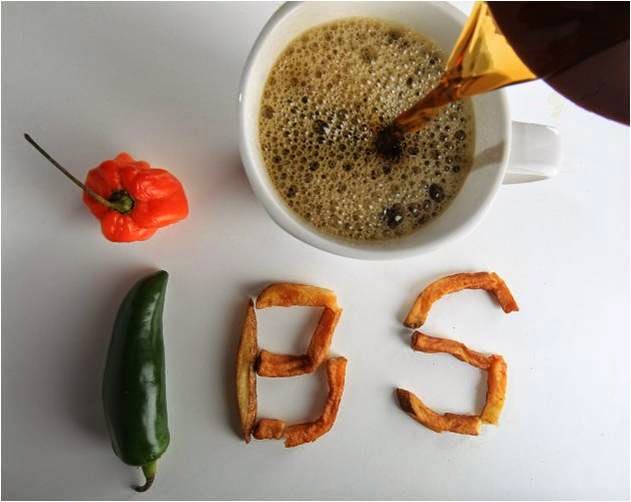