Are you a victim of PCOD ?

.There are several factors that researchers think, plays roles in the cause of PCOS. Excess insulin Usually initiated by an elevated level of luteinizing hormone, androgen, or estrogen,

There is no proper treatment in other systems of medicine,

Only in Homoeopathic system of medicine  there is  treatment, as treatment  is given by individual constitution .

The journey to fertility -  A case of  poly cystic ovarian syndrome 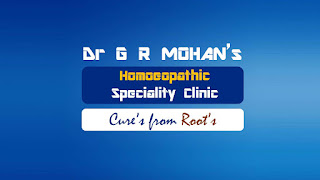 An Indian study reported that prevalence of allergic rhinitis was 11·3% in children aged 6–7 years, and 24·4% in children aged 13–14 years. Apr 1,2020, In terms of the age-groups affected, about 70 per cent of patients develop allergic rhinitis before they are 30 years of age and, the adolescent children have greater incidence with allergic rhinitis occurring between 8-11 years of age.  Over $600 million is spent annually in the management of this disease by United States which does not include the costs of the 2 million lost workdays, 3 million lost school days and 28 million days of decreased productivity from the symptoms of the disease and/or side-effects of the medications used to treat them.

Among India's 1.31 billion people, about 6% of children and 2% of adults have asthma.

Irritants like smoke, perfumes, strong smells, air pollutants and temperature changes, dust mites (see figure), polluted areas having high levels of sulphur dioxide and nitrogen diospets, moulds growing on wallpaper, upholstery, carping and plants within the house are found to cause allergic rhinitis.  Grasses and trees (in fig ) that release minute pollen grains are also known to cause allergies.  Allergies contracted from grass are experienced more in the late afternoon while that from mould spores may peak on dry windy afternoons or on damp or rainy days in the early morning.  Intake of alcoholic drinks like wines and beer, sea foods, chlorine in swimming pool water, drugs like birth control pills and female hormones, some drugs used for blood pressure control, aspirin and chronic use of decongestants in the nose can also produce rhinitis.

Perennial rhinitis:  common causes are dust mite (in fig) found in many homes, and domestic pets.  Salivary protein of cat, allergens from cockroaches etc. also cause perennial rhinitis.  Occupational rhinitis is caused by an agent inhaled at the work place.

Symptoms of allergic rhinitis include frequent or repetitive sneezing (it is an allergic reaction to something in the air); a runny or congested nose; itching in the nose, eyes, throat, or roof of the mouth; plugged-up ear canals; sore throat; occasional nose-bleeds; impaired smell and wheezing.

The most important diagnostic tool is the history of the illness.  The timing of symptoms also helps in making the diagnosis.  Allergic rhinitis that appears seasonally is almost always due to pollen; and outdoor allergens can be detected by conducting a skin test when the patient is not taking antihistamines. Skin-testing should also be avoided in patients with extensive eczema.  For such patients, ELISA and RAST are two commonly used methods that measure the presence of food-specific IgE I the blood of the patients

Treatment: A detailed clinical history of the patient’s illness will identify the likely cause of rhinitis. Medical philosophy is increasingly coming to the conclusion that the mere treatment of symptoms and organs can only help temporarily and that it is the healing power of the body as a whole that has to be enhanced.  Homoeopathy believes in a holistic, totalistic and individualistic approach which provides relief, free of side-effects.

This article is for creating awareness towards Homoeopathy, which is safe and gives almost permanent cure in respiratory allegies 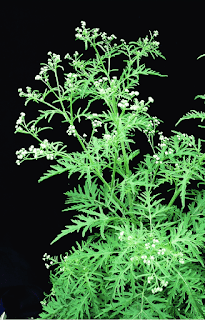 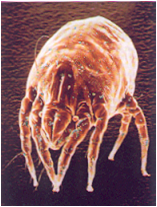 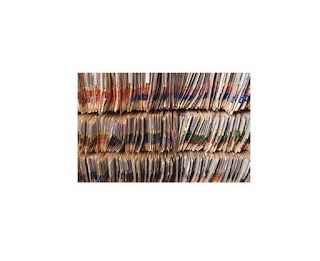 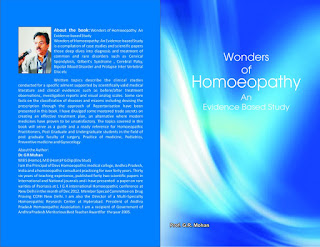 Former Principal of Devs Homoeopathic Medical College, Telangana , India, he is a Homoeopathic Consultant practicing for over forty five years. With twenty seven Years of teaching experience. Dr Mohan is the recipient of Govt of A P Meritorious Best Teacher Award for 2005.

Wonders of Homoeopathy: An Evidence-based Study is a compilation of his work and research of over 30 years. Some case studies and success stories presented in this book have been published in various national and international scientific journals such as British Homoeopathic Journal, Homoeopathic Links, Asian Journal of Homoeopathy, NHJ and the Homoeopathic Heritage. Fore words were written by Dr K Siva Shankar, former Addl Director AYUSH dept A P, and by Prof Chaurbhuja Nayak,Former Director General CCRH, Govt of India,

Wonders of Homoeopathy: An Evidence-based Study is a compilation of his work and research of over 30 years of case studies and scientific papers those deep dives into diagnosis and treatment of common and rare disorders such as Cervical Spondylosis, Gilbert’s Syndrome , Cerebral Palsy, Bipolar Mood Disorder and Prolapse Inter Vertebral Disc etc. The topics covered in this book will serve as a guide and a ready reference for Homoeopathic Practitioners, Post Graduate and Undergraduate..

A Case of Cerebral palsy treated with Homoeopathy